Cooking Column By: Susan Metcalf from the Western Ag Reporter

I love it when my stories strike a chord with readers who let me know that they have been there and done that also, and they totally relate. Such was the case after my last story about horse whispering. I found this e-mail in my inbox from Karen Searle, the boss lady of Montana Bunkhouses, the co-op that we belong to for providers of ranch vacation experiences. Karen's story tickled my funny bone so much that I have to share it! Karen wrote:

Just read your column, and I have to tell you about my first experience in the "horse whisperer world."   My husband Jesse and I had been weekend observers at our first Ray Hunt Clinic. It looked pretty darn straight forward. It was all about the flag. That was back in the day, thirty-some years ago, when we were experts after having seen it only once.

I had a three year old filly that was broke to load in the trailer, and that was about the size of it. Jesse's father had been pretty sick that previous summer, and we'd hauled our horses back and forth to the ranch in Ennis so many times that all we had to do was open the door so they could load themselves. We always thought the next weekend was going to be when we would have time to do some ground work on the filly.  It never happened.

It was a few days before we were going to help trail cow/calf pairs to the mountains that we realized the time had come.  It was a long day's trail from the ranch on the Madison River up Indian Creek to summer grazing. Most years this happened the last week of July because the poison was too bad to go earlier. The cows knew the routine--all we had to do was ride along behind them to keep them moving. Sure, ya, you betcha.

Now back to the natural horsemanship story. Jesse assured me that, after watching Ray, he knew how to flag. All I had to do was get on, and hang on, and he would do the rest. His plan was, "We'll flag this mare, and get her ready so you can ride her on the cattle drive."

We managed to get the saddle cinched up without much bucking, and we took that as a good sign. Then I took the halter rope in my hand, he steadied the mare, and I swung up.

The minute my seat hit the saddle, Jesse slapped the flag on her rump and we were off and running. Running really fast round and round the round pen.  Whoa--easy now. He plopped the flag in front of her, and she executed a roll back.  "That was nice," he said as he bumped her back into a lope going the other direction. We repeated this again and again. When I told him I was ready to get off, he did not answer. It seems he was deep in thought trying to remember how Ray got the horses to stop and square up without getting into trouble. The longer he took to ponder this, the madder I got. (I'll just tell you right now, it was not the reason we divorced, but on the other hand, it did nothing to cement the relationship either.)

Next day we trailered to the ranch, started the cows up the canyon, and Lord only knows why I agreed to ride in to Cow Camp on my one-day wonder. She never did buck that day, but it was a nerve wracking first ride outside . . . so much for "feel, timing, and balance!"

We could not afford the tuition to ride in Ray's clinics, but we found out that sponsors of the clinic could ride free.  So year after year we had the privilege of sponsoring clinics in our part of the country and honing our skills by riding with Ray Hunt and then Tom Dorrance.  One of the riders in a clinic said something that stuck with me. The rate should be $1 for the first clinic, $100 for the second clinic, and $1000 for the third clinic.  I say, "Amen, because you just can't soak it up the first time you see it.

Thanks to you Susan, for prompting me to think back to the good old days.  Oh my gosh, we would have been horrified to have realized they were the good ole days. We were just trying to get ends to meet in the middle. Finances aside, they were years filled with adventure and passion. The saga continues, as I've become what you'd call a life-long student of the horse doing the work I was meant to do promoting working ranch vacations.

By the way, I'm madly in love with my little roan mare Foxy that we bought from you. I remember when you and I watched my daughter put the first ride on her in your round pen …..without anyone flagging her into a frenzy!

Karen sent a recipe for removing the skunk smell from pets. Thanks for the recipe and the great story, Karen!

Recipe for making alkaline hydrogen peroxide (to get the skunk smell off your pets)
Mix together:
1 quart of 3-percent hydrogen peroxide (you should always keep a couple of bottles on hand)
1/4 C. baking soda
1 t. liquid dish washing soap
Rub the mixture through the dog's fur, but don't leave it on too long (peroxide can bleach hair). Rinse thoroughly. 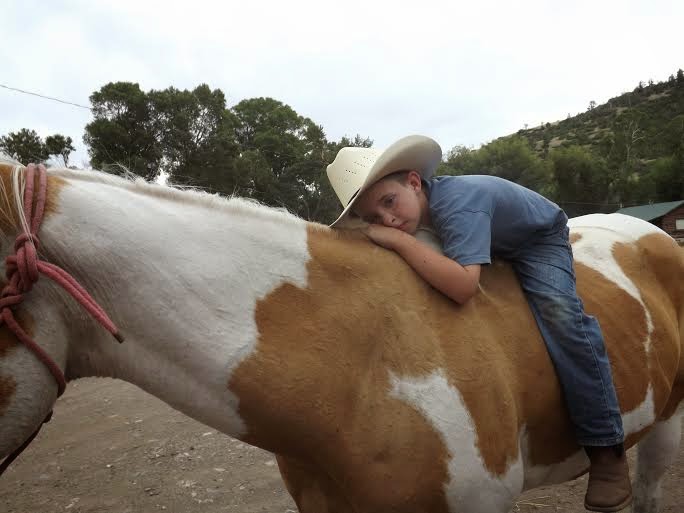 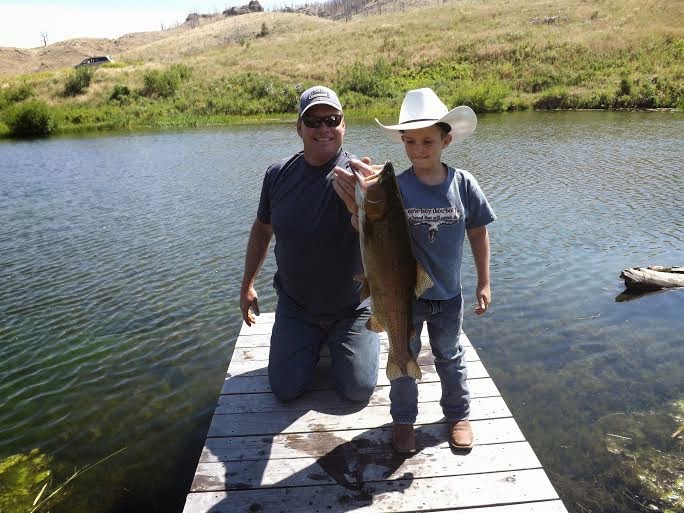 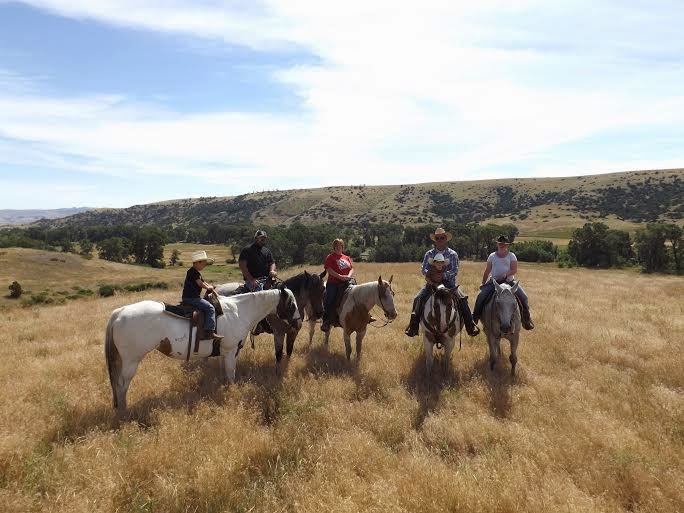 NOTE: This blog is based on excerpts from an article in the Thursday, August 7, 2014, edition of the Big Timber Pioneer. The article written by Michael Wright is entitled Survive and Thrive and it details how Make-A-Wish fulfilled one Missouri boy’s Montana dream.
Posted by Montana Bunkhouses Working Ranch Vacations at 8:45 PM No comments: